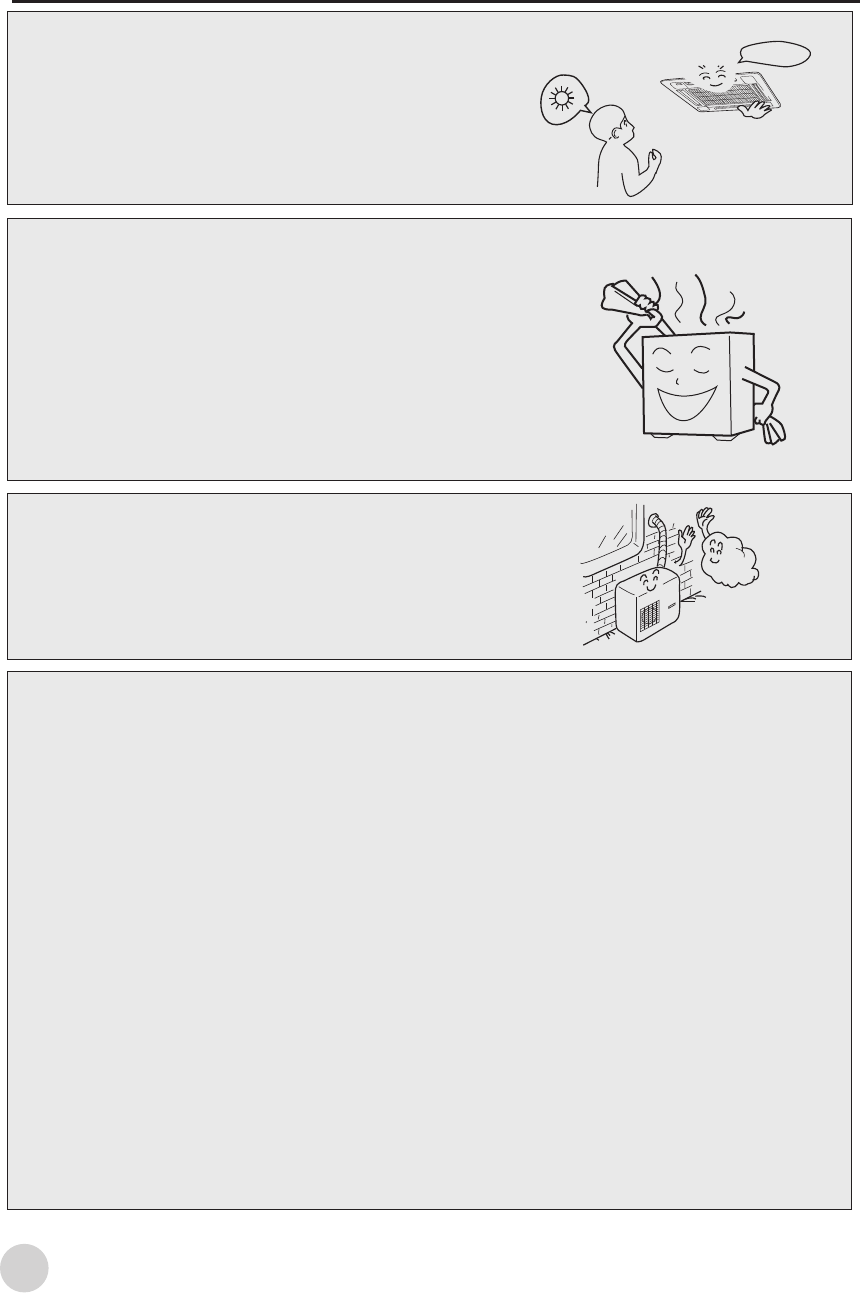 Operation points
Anti-cold air blowing out
Defrosting function
During Heating operation, after
starting the unit, the indoor fan
motor will not rotate immediately
to prevent cold air from blowing out.
During Heating operation, when frost formed
on the heat exchanger of outdoor unit, the air
conditioner will defrost automatically for
several minutes. During defrosting, both
the fan of indoor and outdoor unit do not
run. After finishing defrosting, the air
conditioner will automatically resume operation.
Hint
When the air conditioner is in Heating mode,
it absorbs heat from outside and release to
indoors. So the outdoor temperature may
affect the Heating effect.
Power failure resume function
(please set and use this function according to actual condition)
After setting power failure resume function, if there is a sudden power
failure during unit operation, when power on for again, the unit will
resume the previous state.
Setting method: when the wire controller is in ON state (except for
TIMER and FAN mode), press the SLEEP button for 10 times in 5
seconds, after the buzzer sounds 4 times, the unit will change to
POWER FAILURE RESUME function.
Cancellation method: press the SLEEP button 10 times in 5 seconds, after
the buzzer 2 times, the POWER FAILURE RESUME function is cancelled.
Note: After the unit is set POWER FAILURE RESUME function, if there
is a sudden power failure in using, during this period of time if there is no
need to use the unit for a long time, please cut off power to prevent the air
conditioner from automatically resuming to the previous setting if power
failure resumes, or press the ON/OFF button to turn off the unit after power
failure resumes.
2
?
Please wait
previous next